Sometimes the “right” thing is hardest

Sometimes what is right is the opposite of what is right in my fleshy spirit.  According to the world, somethings that are right, are wrong in God’s eyes.  Lately there has been a huge struggle or wrestling match between God and I.  Do you ever experience this?   It wasn’t a sin, and it was something that was given to me. Fair and Square, right?  Somehow, the circumstances behind it all were wrong, not on my part…but still wrong.

Walking with HIM its my desire to show HIM to those around me, and first with my living testimony.  God does not think like us and HE always has a plan that meets more than one objective.  I am a slow learner sometimes.

Through the course of the morning, I stated my case to HIM (as if HE didn’t know), and defended myself. HE was persistent…”give it back, turn it down, its not right”.  I stated my claim again..and this time used outreach and my family, christmas, and yes I even went as far to bring up economy…still “give it back, turn it down, its not right”.  As I planned to do what was right, I pouted, I stomped my feet, threw an all out hissy fit, and told HIM…”I am going to do what is RIGHT, but I am not going to like it…”  Again..”do what is right…haven’t I always taken care of you?”  So I did it…all said and done…still feeling bad for myself.  A few short hours later, I was approached by three different people, who knew what I did, without explanation, except for “its not right”.  They each wanted to know “what in the world were you thinking?” ,  “this is not going to right the wrong”, “it was yours , they gave it to you”…and I had to tell them about my faith, and how HIS love is better than life to me.  I had to tell them, that HE said it isn’t right, and I want to be right with HIM.  Then the last person who spoke to me at the end of my day, “I have been praying all day…I have been so angry about this, and you did nothing wrong, but I was so jealous, forgive me…”

Now looking back on this day,..I know HE had an awesome plan, and it started with me doing what was right in HIS eyes, and me not knowing who was watching.  Me tonight…Broken, not capable to wrap my head around this day, or that HE would use me.  Although no one saw my inner anger, I am repentant that I did not do the “right” thing with a happy heart.  It didn’t stop HIM though..HE just was requiring my obedience.  We do not know what is at stake.

Wonder what HE is asking you to do? and wonder what HIS plan is for you if you will just say “okay”.

A present for Mandy (its her birthday!!) 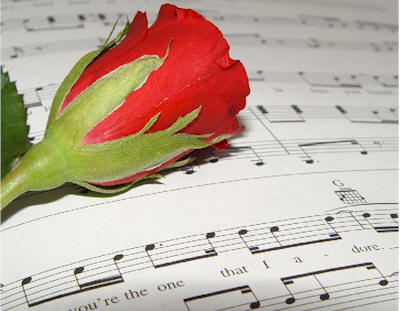 Happy Birthday, Miss Mandy ( you are much more than “just a girl”),

I have been reading Mandy’s blogs for more than an year.  She is funny, she is fun, she is deep at times (which always scares me LOL), she is soft and beautiful, She is also a daughter of the KING of Kings, a Princess, and loved by me!

So happy birthday girl, the best is yet to come, and praying today all the good things I can think of for you, as if it was for me.

Please go and give her some birthday wishes, and some love from me too!  Unlike Tam, I haven’t mastered the whole time travel thing.  But I am trying!