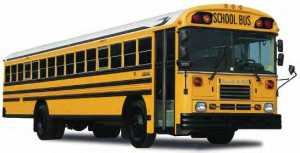 Yes the bus saga continues!!  The last few days on my bus God has really put it on my heart just how very much HE loves the children.  Here is a few things that happened recently…

Nate, fourth grader, announced to me that his step-dad died over the weekend.  I expressed my sorrow for him, and that I know it is a hard thing to go through.  NO! that was not his point…his point was that he is being raised by his grandparents as his mother abandoned him for this husband.  Now his fear was she may want him back…can you imagine being a little boy who has already experienced so much hurt in rejection, and after two years, his worst nightmare has returned?  Right or wrong..I prayed for God to let him stay where he is, or do a total over haul of this womans heart.

Took a bunch of field trips lately, so teachers are with the students….They are so mean to them!  No patience!  I watched little happy faces go totally to tears, in 60 seconds…one teacher was so rude and nasty, that I interjected…I interrupted her..and announced that I needed all their attention, as I have a few very easy rules on my bus…they were under control in minutes…third graders…come on!! A couple parents who were along thanked me as they got out of the bus.  Words cut, and such impressionable little minds…Angry adults spilling thier poison on little children…The teacher did explain to me that she is having a bad day ( its 9:30 in the morning!)  I did pray for her anyway, and for me to not take her out of the bus and whoop her!

Jesus protect the children, we often pray for the ones in other countries, but also protect the ones right here…help these negative things to have no impression on them, fill them will childrens joy..giggles, smiles, and give them your HOPE that things are not all bad, and you love them, and want them.  I know YOU love the children!